March 13, 2019October 20, 2019 Callie
Hi all 🙂
I’ve been intermittently working on  two other posts (I’ve been nominated twice), but life has gotten a bit crazy and this one needed to get out first.
My Grandmother was admitted to the hospital Sunday night (March10) due to difficulty breathing, and after running some tests discovered that she’s got fluid on her lungs, not IN her lungs…so it’s not pneumonia. That means that other things are causing the fluid to be there, and while they can drain the fluid, they needed to find the source…and a common source of that is heart issues. She’s had some heart murmurs in the past, which weren’t that bad, and she always has bad allergies this time of year… Her doctor wanted to run some more tests to find out where the fluid is coming from before starting any treatment. And my Grandaddy isn’t feeling well either. He was able to get into his doctor’s office, and with his history of pneumonia ever-present, they gave him some treatment to take at home. My Mom left Tuesday to go and be there and do whatever she can to help. My grandparents’ house isn’t far from the hospital, so Mom’s been staying there/staying at the hospital.
Jump to last night, when Mom got a call that Grandmother had had an episode of irregular heartbeat, and they had to do a test. Mom’s been up at the hospital and back & forth between there and the house trying to help out since. They won’t/can’t drain the fluids out of her chest yet…all her doctors have confirmed that she has congestive heart failure. They won’t let her go home until all the fluid has drained and until treatment has been settled. So far, she can’t have any salt, as that will assist her body in retaining the fluid. So Mom has been doing lots of research on low-sodium meals for them (that makes BOTH of my grandparents that can’t have salt…they eat out a lot, so that for sure has got to stop.) I’m glad Mom’s there to cook/bake and get them a head-start meal-wise, etc. They’ve had Grandmother on a little oxygen, which she said has helped her a lot. She couldn’t talk without coughing.
Now come to date– they’ve moved Grandmother to the ICU, and, as of now, she’s in stable condition. She’s having trouble breathing…it’s just a safety precaution so that in case something were to go wrong, she’d have the best of care. We don’t really know what’s ahead, but we’re trusting the Lord that His hand is over all of this and that, if it’s His will, He’ll pull her through. If not…I’m still struggling, but I know He knows best.
There are more details I know I’m leaving out (some because I simply don’t have all the information, but this is all I’ve been told) and I just wanted to ask for prayer support. My GrandmotherLinda’s condition isn’t for the worst yet, and the Lord is good. Honestly, it’s hard to think that when we were down there for Christmas that that might be the last time I’ll get to see her. She’s so fun and youthful-spirited and loves the Lord so much– it’s hard thinking of what might happen. But again, I’m trying to remember to “live for eternity”.
I just wanted to share this and ask for prayer support…thank you for prayers in advance ❤ ❤
May the Lord’s blessing be upon all of you!! ❤
P.s. The picture featured is one that my GrandmotherLinda painted…she’s the artist I’ll be ever-aspiring to ❤ ❤ 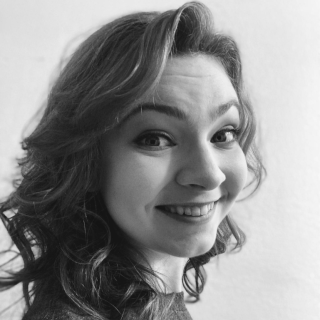